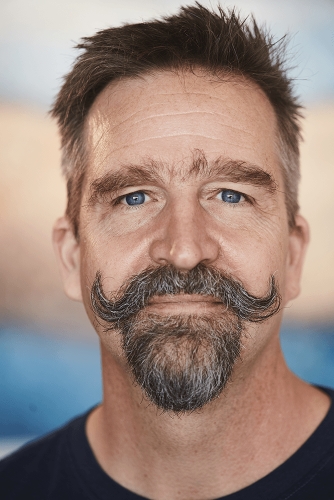 STATEMENT
Sol Hill intentionally subverts the visual photographic record with artifacts that are endemic to digital imaging in order to reveal energies we normally do not see. He became interested in working this way while doing his MFA in photographic arts because he noticed everyone involved in the world of photography despised “digital noise.” He thought it would be wonderful to do something so compelling with these endemic but reviled artifacts that people would have to enjoy them, mostly to prove the point that nothing is inherently worthless or ugly… it just depends on how you look at it and where you put value.

Sol calls his work Metagraphs because the artifacts he works with are records of much more energy than just visible light. They are products of endemic camera system noise well as of “cosmic noise”, the wavelength energy signatures that emanate from the cosmos, our sun, our planet, our built environment and communication technology as well as our physical bodies. The image, thus, is transformed into a kind of hyper-vision both metaphorically and literally revealing more than we can see.

Sol prints his Metagraphs on Japanese paper, then applies them onto prepared painter’s substrates. He develops surface texture and gesture in acrylic to accentuate the ambiguity of the medium. His aim is to stimulate wonder both about the image, his process, his medium and their collective interpretation.

BIOGRAPHY
Sol grew up in the arts.  His parents were artists and opened the first contemporary art gallery in Santa Fe, NM.  His early memories were of his parents in their studios and of Hill’s Gallery. The mysterious objects that pervaded the gallery intrigued him. Looking at those artworks felt like observing some secret alchemical language that he wanted to learn because it seemed this language could translate both the physical and immaterial.

Sol wanted to major in Art in college, but switched to International Affairs and German Studies at Lewis & Clark trying to “do something practical” as his parents wished.  Afterward he built earthen and straw bale homes before co-founding Zen Stone Lighting, a lighting design company, with his wife, a former paper artist from Brazil.
After an intense medical crisis, Sol dedicated himself to pursuing art full time.  He earned an MFA in Photographic Arts at Brooks Institute and has been working full time as an artist since 2010, still seeking to decipher that alchemical language.

Sol divides his artistic practice between working with contemporary digital imaging technology to create what he call Metagraphs, a mixed media hybrid that exploits a digital sensor’s sensitivity to energies other than light in order to record visible artifacts hinting at the energetic nature of the universe we inhabit, and by using art as a form of activism through creating hard hitting social justice art procects and installations with strong presence.